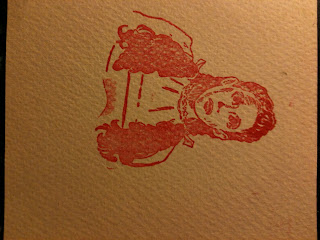 In spirit of recently having to unfortunately turn down the opportunity to take part in releasing music from this wonderful band, I feel compelled in some way to publicly show appreciation for the band For Serious This Time. I have mentioned them a few times here in this blog when posting about Screen House Music the side project of For Serious This Time's guitarist/vocalist Nicky Marino. The music found on I Hope It Pours is very different from the bouncy, note happy indie rock found on their current releases such as the outstanding When You're In It but that cd is still readily available from their own label Life On an Island so I can't as someone who runs a label in good confidence upload that album, which I must admit is the one I reach for most when I need a For Serious This Time fix. But with that being said I Hope It Pours while very different from the rest of the band's discography is still awesome in its own right and documents the humble beginnings of this band rather nicely.

In stark contrast to the Treepeople/Modest Mouse crossed with Capn' Jazz bouncy indie rock that For Serious This Time is known for I Hope It Pours for the most part is folk based indie rock with primarily acoustic guitars and vocals anchoring the songs though minimal percussion, field recordings and samples are thrown into the mix as well. This debut full length effort documents founding members Alex Gentile and Nicky Marino, and what they offer isn't too far off from Marino's Screen House Music project, Mountain Goats, early Bright Eyes and maybe even the Life Rocks album I posted awhile back. The music and lyrics are endearing with a youthful exuberance about that doesn't come off sounding silly to these old ears the way most music of this nature does. Perhaps it is the romantic imagery of Long Island and growing up here that they use in their songs that appeals to me so much. I can relate to that. I always loved growing up on this island and have positive memories of hanging out with friends and making our own brand of fun. For Serious This Time and pretty much all the music I hear coming from Life On an Island documents their own spin on growing up here but I can relate. And man I dig it. 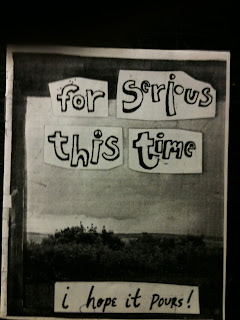 Anyhow unlike previous Life On an Island releases that I have posted here where there were less than 20 copies made, 100 copies were made of I Hope It Pours though it is out of print. I am not sure if these tunes were included on the discography tape or not, I'll have to check. It really bums me out that I can't be a part of the release of their new 12 inch. Trust me folks the music is awesome and when it comes out later this year on Dead Broke Records and Life On an Island definitely pick it up. I will be carrying in the distro for sure. If real life wasn't so complicated right now and I already wasn't up to my neck in commitments on the label side of things I'd be all over it. In the mean time check out I Hope It Pours and also head on over to Life On an Island to pick up their other available releases.

Email ThisBlogThis!Share to TwitterShare to FacebookShare to Pinterest
Labels: for serious this time, life on an island, lo fi, screen house music