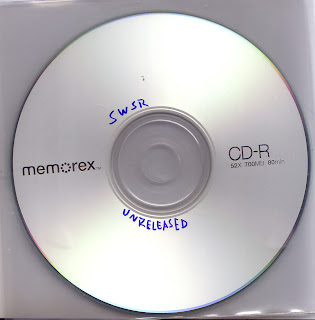 A quickie but gem of a upload for y'all today. Here is another nice batch of unreleased tunes that have come into my possession, three unreleased songs from  Sometimes Walking Sometimes Running. I previously featured their 5 Untitled Songs CD and these 3 songs continue in the same tradition of chaotic screamo 'ala Pg.99 and City of Caterpillar though I do feel the band is a bit more experimental. On the first track offered here there is a long percussive, almost tribal section that reminds me of something of Neurosis' Enemy of the Sun. There are noisier, more bordering on psychedelic moments than the more fast paced, furious screamo blasts found on the 5 Untitled Songs ep. It is obvious that some of band member's various side projects or one off noise projects like Car Fire or Backspace were having its influence rub off on this last batch of Sometimes Walking Sometimes Running songs. All three songs offered here are untitled and I believe they were recorded in either late 2000 or early 2001; I am not 100% certain. I want to thank guitarist/vocalist Jay Melli for allowing me to share this with everyone. For you Long Island/NY area folks be sure to check out Jay's new band Risk who will be playing my band, Yes Sensei's last show on January 22nd at Mr Beery's in Bethpage.